Drowning in the Dark 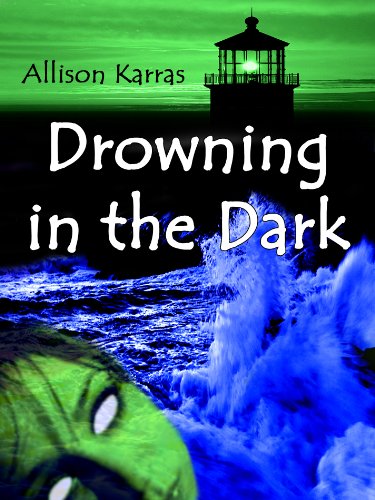 Author: Allison Karras
Pages: N/A
Publisher: You Come Too
Format: eBook
My Rating: 3.5 out of 5 stars


Summary (from Goodreads): There’s a demon walking the streets of Freeport. And only teenager Samantha Carver can stop it.

However, the quiet coastal town of Freeport is no refuge. After a girl at the high school is brutally murdered, the police believe Samantha’s cousin and best friend, Terry, is responsible.

But Samantha knows what her friends, teachers, and the police don’t. The murderer isn’t human. Samantha has seen this before. Too many times. She has witnessed the dead rise from their graves and do unspeakable things. She carries the scars on her skin and the sorrow in her soul to prove it.

The evil that she thought she had left behind in the rotting graveyards of her past is still stalking her.

Will Samantha be able to save Terry, Freeport, and herself from the malevolent power that threatens to rip her world apart? Or will she succumb under a surging tide of evil and drown in the growing darkness that surrounds her?

In the tradition of Amanda Hocking and Charlaine Harris comes a paranormal romantic thriller with more chills than a cold and windblown night on the Oregon coast.
---
Disclaimer: I received this book from the publisher in exchange for an honest and unbiased review.
My Summary: Sam may seem like an average teenage girl, but she's hiding a horrible secret  - she knows who's behind the murders in her new town.
But instead of telling the police, Sam keeps this knowledge to herself; not because she's scarred, but because she knows they won't be able to help. Because if there's one thing Sam knows, it's this: the only person who can stop the force behind these horrible crimes is her, because she is the reason they are being committed. But now her cousin Terry is being accused of the murders, and Sam knows she has to end things soon, before her cousin's life is put at risk.
My Thoughts: This was a very interesting book, and the premise definitely got me hooked and wanting to read it!
I really love murder mysteries, and this one was really enjoyable, although I was hoping for a little romance along with the murder-mystery.
I was really surprised that the author managed to write a great plot and interesting characters into such a short amount of pages! Usually in that limited amount of pages you would expect the story to feel rushed, but the pace of this one was steady and easy to follow.
Final Thoughts: I can't say much more without giving away a big chunk of the story, but I recommend you check out Drowning in the Dark if you're in the mood for a murder-mystery that's not too long but still a good read!
Posted by Unknown at 7/02/2011

Labels: mystery and suspense, paranormal, YA