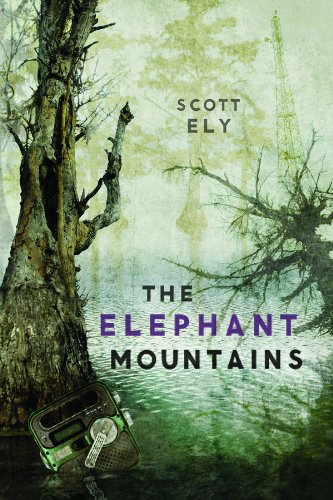 
Summary (from Goodreads): An unprecedented series of hurricanes has swollen the Mississippi River to unheard-of levels and is threatening to put New Orleans and most of the low-lying areas of the South under water. Fifteen-year-old Stephen is spending the summer with his father near a small town north of Lake Pontchartrain when another powerful hurricane arrives and the levees on the Mississippi River completely fail. In the anarchy and chaos that results, Stephen's father is killed, and the boy is left to fend for himself. Stephen soon encounters Angela, a college student whose parents have also been killed. Navigating the labyrinth of flooded fields and towns in an air-boat, the two set out in search of Stephen's mother and higher ground.


Armed with both guns and the skills his survivalist father has taught him, and repeatedly confronted by those who will kill for food, water and weapons, Stephen struggles to maintain hope and his humanity in the face of violence and desperation.
---
Disclaimer: I received this book from the publisher in exchange for an honest and unbiased review.
My Summary: Stephen was raised by his mother - a flighty socialite who has a new man in her bed every other week. Tired of living the life his mother has planned for him, Stephen finds freedom when he goes to visit his father in New Orleans. Over the course of the summer, Stephen's father teaches him a wide variety of survival skills; Stephen wishes he could remain with his father forever, but his mother wants him back.
Then a series of hurricanes strikes, and Stephen and his father are left stranded. Content with waiting out the rest of the storms with his father, Stephen is horrified when strange men arrive at their little cottage and proceed to murder the only parent who ever cared what he wanted.
Now, all alone in the swamps of New Orleans, Stephen must put into practice the skills his father taught him and survive the dangers of the city he used to call home.
My Thoughts: This was a fairly short but enjoyable read. I liked the element of not-so-far-off dystopia, and the 'coming-of-age' theme blended with survival made for a good novel. In a way, it reminded me of Hatchet (you remember that book that every middle-schooler in North America will read before they graduate, right?). I really liked the survival elements of the novel, and the writing was very good.
Stephen's resentment towards his mother was also very believable as well, making it easy for readers to relate to the character.
I enjoyed the author's writing style as well: it was smooth and easy-to-follow, making it easy to finish the novel within a few hours.
Final Thoughts: I recommend this book for any guys looking for a gritty, action-packed dystopian novel (and ladies as well!). Probably best for readers over the age of 14.
Posted by Unknown at 10/03/2011