Beauty of the Broken 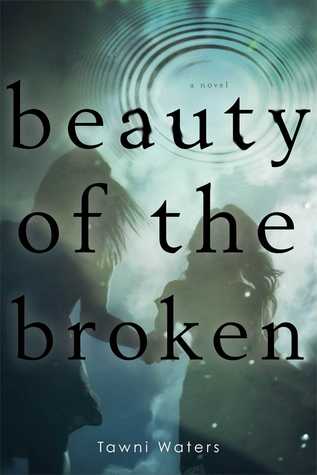 
Summary (from Goodreads):Growing up in conservative small-town New Mexico, fifteen-year-old Mara was never given the choice to be different. Her parents—an abusive, close-minded father and a detached alcoholic mother—raised Mara to be like all the other girls in Barnaby: God-fearing, churchgoing, and straight. Mara wants nothing to do with any of it. She feels most at home with her best friend and older brother, Iggy, but Iggy hasn’t been the same since their father beat him and put him in the hospital with a concussion.

As Mara’s mother feeds her denial with bourbon and Iggy struggles with his own demons, Mara finds an escape with her classmate Xylia. A San Francisco transplant, Xylia is everything Mara dreams of being: free-spirited, open, wild. The closer Mara and Xylia become, the more Mara feels for her—even though their growing relationship is very much forbidden in Barnaby. Just as Mara begins to live a life she’s only imagined, the girls’ secret is threatened with exposure and Mara’s world is thrown into chaos.

Mara knows she can't live without Xylia, but can she live with an entire town who believes she is an abomination worse than the gravest sin?

My Thoughts: This book was one of those rare stories that holds your heart in a death-grip and doesn't let go. I picked it up late one night when I couldn't sleep - thinking I'd read a few chapters - and found myself unable to put it down for even a second, reading well into the morning. I finished in one sitting and tried to write a review, but couldn't find the words to describe just how much the book had affected me.

Mara and Xylia's story was a heartbreaking one, and I felt for them during every minute of their struggle to be together and their struggle to survive in their backwoods town. This was far from a 'fun' read, but it was a book that demanded to be read. I had a major book hangover after finishing, and it took weeks before I could collect my thoughts enough to write a review. To say that this book messes with your emotions is an understatement - it devastates you. But no matter how bad things get, there is always the hope that things will get better for Mara, Iggy, and Xylia.

The characters were extremely well-written and realistic despite their numerous flaws, but that made it all the more real. The image Tawni Waters was able to paint in my head of Mara's town was incredibly detailed, and the atmosphere of the novel matched the subject matter perfectly. I cannot think of one thing I didn't like -  this is one book hangover that I won't be recovering from for quite a while.

Final Thoughts: I recommend this novel to fans of edgier contemporary YA and fans of romance with a darker atmosphere.
Posted by Unknown at 8/25/2014