Words and Their Meanings 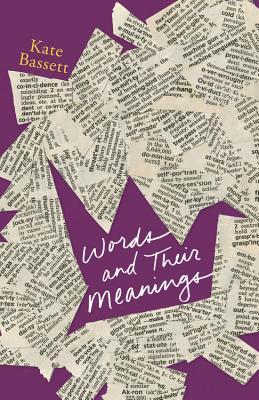 
Summary (from Goodreads): Anna O’Mally doesn’t believe in the five stages of grief. Her way of dealing with death equates to daily bouts of coffin yoga and fake-tattooing Patti Smith quotes onto her arms. Once a talented writer, Anna no longer believes words matter, until shocking discoveries– in the form of origami cranes– force her to redefine family and love.

As Anna goes in search of the truth, she discovers that while every story, every human being, has a last line, it might still be possible to find the words for a new beginning.


My Summary: Anna was once a talented writer with a bright future ahead of her. With dozens of awards and publications under her belt, it once seemed like Anna was all set to pursue her dream career as an author.

But that was before: before Joe died, taking with him everything good Anna had ever seen in the world and leaving behind secrets that suggested she barely knew him. With everything crumbling around her, Anna shuts down completely.

After almost a year of this, her parents present her with an ultimatum: either she tries to move past Joe's death and reclaim her life, or they're ship her off to some Bible camp in the middle of nowhere. But moving forward is tough - especially when you're the reason someone you loved is dead in the first place ....

My Thoughts: This novel was one of those rare contemporary reads that won't let you read it all in one go. There was so much emotion jam-packed into this book that I found myself unable to read more than fifty or so pages in one sitting. I think part of the beauty of the writing is that although Anna is pretending to be numb to the world (and to the reader), the reader can feel her emotions and her struggle to keep from breaking down completely.

I loved the characters. Anna herself wasn't my favourite, although she was a great MC. Nat was probably my favourite of the bunch, but Mateo was a close runner-up.

The writing flows in a way that I can't even attempt to describe. The closest thing I can think to compare it to is music. Every other line struck a chord. If you're a writer who has ever suffered a loss that affected your writing, Anna's thoughts will read like a diary entry. For me, it was the way the words all just fit.

Final Thoughts: This was a powerful novel about love and grief and learning to let go. I recommend it to anyone who enjoys edgier contemporary literature and is not afraid of a good cry.
Posted by Unknown at 11/18/2014